Fans of Motown have more than it being Friday to celebrate today! 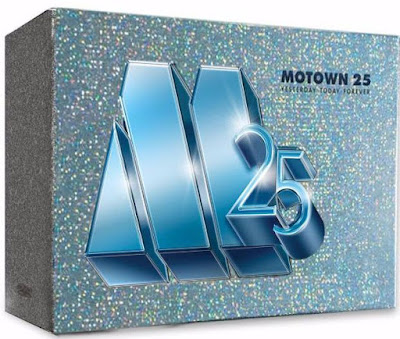 "A soulful spectacular"
-- People Magazine
IT WAS ONE OF THE MOST TALKED ABOUT
TV SPECIALS IN HISTORY...
THIS FALL, DON'T MISS THE GROUNDBREAKING CONCERT THAT CELEBRATED 25 ICONIC YEARS
OF MOTOWN RECORDS
MOTOWN 25: YESTERDAY· TODAY · FOREVER 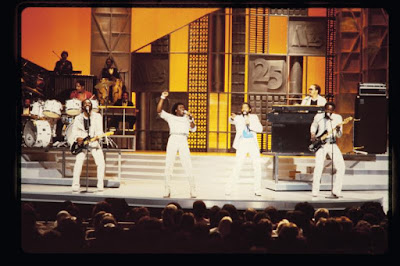 Perfect for Gift-Giving, the New 6-Disc Retail Configuration, Includes an Extended Version of the Legendary Concert with New 5.1 Surround Sound, Over 14 Hours of Bonus Features and an Exclusive 48-Page Collector's Book
Street Date: September 27, 2016
DVD SRP: $79.95
PROGRAM DESCRIPTION
When Motown 25: Yesterday · Today · Forever aired on NBC on May 16, 1983, it was an immediate sensation and became one of the most talked about concerts and TV specials ever.  In an era before social media, MOTOWN 25 was a true water-cooler event, marking the first time that music fans saw Michael Jackson do the moonwalk (aka: the six seconds that changed the world), in addition to many other buzzworthy moments -- reunions by the Miracles and the Supremes; the first battle of the bands between The Temptations and Four Tops; and the hottest comedian in the world at the time, Richard Pryor, as host.
Taped before a live audience MOTOWN 25 featured virtually every Motown artist from the company's inception, including Jackson moonwalking during "Billie Jean" and performing "I Want You Back" with The Jackson 5, Marvin Gaye crooning "What's Going On", Smokey Robinson with "The Tears of a Clown", Stevie Wonder soulfully singing "Uptight (Everything's Alright)", Diana Ross with "Ain't No Mountain High Enough", The Temptations with "My Girl", Four Tops with "Baby I Need Your Loving" and many more!  A seminal event in pop culture history, this concert event would go on to provide the backstory for the Tony®-nominated Broadway play, "Motown: The Musical", as well as set the bar for all future televised concert events.
A new-to-retail configuration, MOTOWN 25: YESTERDAY· TODAY · FOREVER includes an extended version of the Motown 25 concert with over 20 additional minutes not seen in the original broadcast, brand-new 5.1 surround sound, over 14 hours of specially-produced bonus features, and an exclusive 48-page collector's booklet packed with information about the show and artists, and never-before-scene photos from the production and essays on Motown performers.
BONUS FEATURES
PROGRAM INFORMATION
Format: DVD (6 Discs)
Running Time: 975 minutes
Genre:  TV/Music/Performance
Aspect Ratio: 1.33:1
Audio: 5.1 Surround Sound
Posted by Robert Kinsler at 9:53 AM