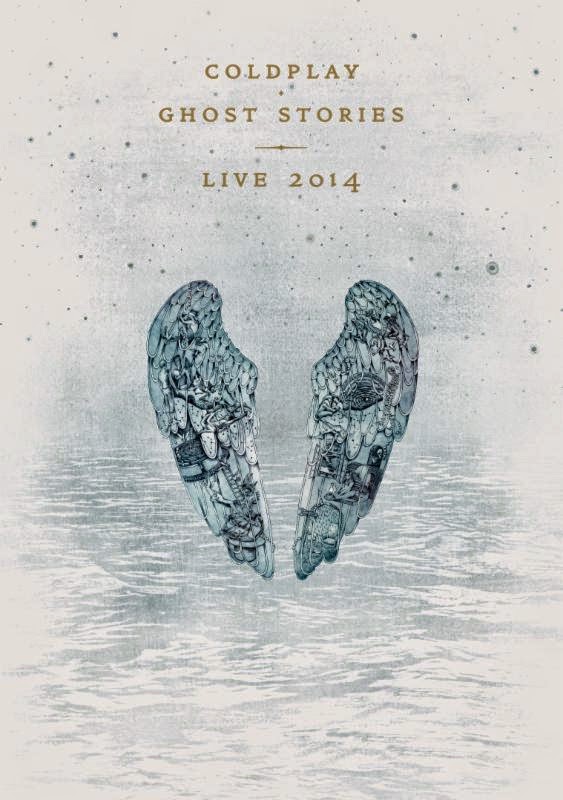 Coldplay have today announced the 24 November release of a new concert film and live album, Ghost Stories Live 2014, on DVD/CD, and digital formats. The release is available to pre-order via Coldplay.com and iTunes now. An exclusive trailer can also be viewed at Coldplay.com.


Filmed by Grammy-nominated director Paul Dugdale, the Ghost Stories Live 2014 film documents the band's unique performance of the Ghost Stories album to a small handful of fans in March 2014, two months prior to the album's release. Shot in a custom-built amphitheatre at Sony Studios, Los Angeles, the ground-breaking production sets the band's performance against stunning 360-degree and overhead imagery.

Said Chris Martin: "The Ghost Stories show at Sony Studios was a very special moment for our band. The magic theatre built by our incredible crew with the 360 screens was literally a dream come true. And it was the first time anyone outside of our studio had heard the new songs. This film is basically our original vision for the Ghost Stories album."

Parts of the performance were first broadcast in May 2014 as a Coldplay TV Special by major broadcasters around the world, including NBC in the US and Sky Arts in the UK (where the film has already been nominated for Best Live Coverage at this year's UK Music Video Awards). But Ghost Stories Live 2014 is the first time that the performance has been sequenced as originally conceived: a visual representation of the Ghost Stories album.

The package is completed by eight music videos from the Ghost Stories era, including two never-before-seen films for B-sides All Your Friends and Ghost Story plus the exclusiveExtended Director's Cut of the Magic video (with a brand new cameo from Peter Fonda).