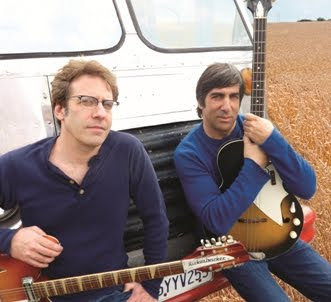 
L.A.-Based Duo The Red Button Returns With Their Sophomore Album 'As Far As Yesterday Goes'

CREATING MORE PURE POP, SUPREMELY SINGABLE DELIGHTS
“THE WAY GOD AND PAUL MCCARTNEY
MUST HAVE INTENDED,” THE L.A. BASED DUO
RETURNS WITH THEIR LONG-AWAITED
SECOND ALBUM, ‘AS FAR AS YESTERDAY GOES’

‘She’s About To Cross My Mind’, Seth Swirsky and Mike Ruekberg’s
First Red Button Recording, Was Ranked ‘Top of the Pops – Overall
Best of 2007’ By VillageRecords.com and Ranked #1 (Out of 125)
By Influential Pop Site Absolute Powerpop

It would take a spacious Ferry Cross the Mersey to carry all the accolades heaped upon She’s About To Cross My Mind, the critically acclaimed 2007 debut album by Seth Swirsky and Mike Ruekberg, doing their magical, musical business as the L.A. based pure pop duo, The Red Button (www.theredbutton.net).
The opening track “Cruel Girl” charted #1 in Billboard as the “Coolest Song in the World This Week” on Little Steven’s Underground Garage Radio Show. The tune was also chosen to be on the Wicked Cool Records collection The Coolest Songs in the World, Volume 4. 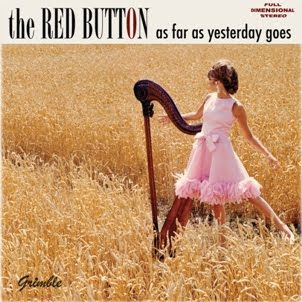 There’s plenty more of that refreshingly retro goodness on As Far As Yesterday Goes, The Red Button’s highly anticipated follow-up album (slated for a fittingly-first–day-of–summer June 21 release) with 12 songs that allow the listener to stay grounded in 2011 while floating off on a dreamy cloud kept aloft by bursts of ‘60s and ‘70s inspired sunshine. Autographed copies of the new album can be pre-ordered on www.theredbutton.net.

Driven by the stirring musical chemistry of Swirsky’s romantic optimism offset by Ruekberg’s tart sense of realism, As Far As Yesterday Goes features delightful melodies, harmonies and production textures that sound as if they could have been transported directly from the magical era when AM radio was king.

Stylistically, the new collection expands beyond the strictly mid-‘60s Beatlesque vibe of She’s About To Cross My Mind to embrace what Ruekberg, the album’s producer, calls the “golden age of singer/songwriter-driven pop/rock.” He says with a grin, ”This time we’ve leapt boldly into the ‘70s!”

The first Red Button album was very much reminiscent of the music being made in the early ‘60s. This time, we took a looser approach writing and production-wise and expanded our sonic palette a bit. We’re really proud of She’s About To Cross My Mind, but to me, there’s more of the real ‘us’ on As Far As Yesterday Goes. Seth and I sometimes joke that my role is to take Seth’s sense of dreaminess and nail its toes to the ground. I think that contrast between the cheerful melodies and the more world-weary lyrics is what makes The Red Button unique.”

Swirsky loves the rub that comes from having catchy melodies that inspire people to sing immediately, “before they realize that there’s a dark and light thing happening.” If he had to pick a favorite song on As Far As Yesterday Goes, it would be “Picture” because of the tension between its bouncy melody and its melancholy nature.

“I like the fact that not everything is just happy and perfect all the time,” Swirsky says, “because that’s real life. Mike and I are two songwriters who truly come out of the concise and melodic three minute pop song tradition, writing songs that are not old at all but which inspire the same type of warm feelings as songs of that era did. We’re of the lineage of that time, simply trying to continue songs in that tradition because it’s the kind of music that we both personally love the most!

As Far As Yesterday Goes seems primed to continue the commercial success and critical acclaim received by She’s About To Cross My Mind. In a year-end 2007 poll of the top pop records of the year, She’s About to Cross My Mind was ranked #1 (out of 125) by Absolute Powerpop. Pop Journalist and International Pop Overthrow founder David Bash ranked the album #8 (out of 125) in his influential year-end list. The collection was also named the #2 Best CD of 2007 by a Powerpopaholic Reader's Poll, and Audities ranked The Red Button album 2nd best pop album of the year in their 2007 year-end poll.

Songs from the album have been featured on XM The Loft’s “In Spite Of All The Danger” program, Sirius Radio's Idiot’s Delight with Vin Scelsa as well as radio stations around the world. The band was featured in the Los Angeles Times as a Buzz Band in August 2007; journalist Kevin Bronson wrote: “The Red Button presses all the right buttons for fans of pure pop.”

“I’ve had a unique and varied career as a songwriter and recording artist,” Swirsky says, “but the first album by The Red Button was the one I got the most emails about. I think what Mike and I have tapped into here is the simple fact that human beings love to sing, and to our ears there just aren’t as many songs these days that are so purely singable as there were in the ‘60s and ‘70s. Our goal with both albums was to simply make sure that every passage, every melodic phrase, every line, makes you want to sing.” 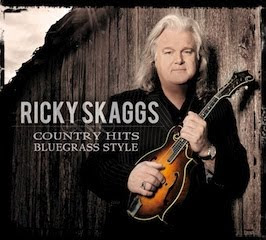 Musical legend Ricky Skaggs has announced the July 19th release of his upcoming project Country Hits Bluegrass Style on Skaggs Family Records. The 14-song release is a mix between Skaggs’ country and bluegrass roots, something he has been sharing with fans around the country on his current Treasure Chest Tour.

Both bluegrass and country lovers alike will enjoy the bluegrass instrumentation along with the impeccable tenor voice of Ricky Skaggs, the man who “single-handedly” saved country music in the early 80’s, according to renowned guitarist and producer, Chet Atkins. Ricky’s 8-time IBMA Instrumental Band of the Year, Kentucky Thunder, along with some of Ricky’s original award-winning country band alumni and special friends add to the magic of this album.

“We did such good music in the 1980s and early '90s that a lot of fans still shout out 'Honey (Open That Door),' and I felt like we needed to do those songs for them, too,” explained Skaggs. “For years now I’ve had fans come up and ask me to do a CD that would have my old country hits on it. So here it is, done a little different than the original recordings. These were done in more of a bluegrass style. Folks have loved it when we play them on the road. Sure hope you love them too.”

Skaggs’ first two country #1 singles and standouts on the new album, “Crying My Heart Out Over You” and “I Don’t Care,” are accompanied by eight more #1 country hits, such as “Cajun Moon” and “Highway 40 Blues.” Ricky’s superior guitar skills are showcased throughout this bluegrass rendition of his fan-favorite classic, “Country Boy.” Other songs include “Uncle Pen,” the first bluegrass tune ever to hit #1 on Billboard’s country chart, “Don’t Get Above Your Raising,” “He Was On To Something (So He Made You),” and “Somebody’s Prayin’.”

About Ricky Skaggs
Fourteen-time Grammy Award winner Ricky Skaggs is well known for both his country music classics as well as his bluegrass hits. Skaggs started his own record label, Skaggs Family Records, in 1997 and has since released 12 consecutive Grammy nominated classics. He has won a total of 8 ACM Awards and 8 CMA Awards, including CMA Entertainer of the Year in 1985. Skaggs' latest album, Mosaic, released in August 2010, marked his return to a full band sound with melody and lyrics that speak to his faith. Skaggs and his band, Kentucky Thunder, are currently on the road for the 2011 Treasure Chest Tour in addition to a host of bluegrass dates. 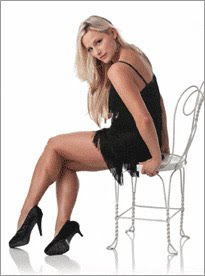 Roots music label Blind Pig Records has signed singer Sena Ehrhardt, one of the freshest and most dynamic young voices on the blues scene today. The buzz about the Minneapolis-area vocalist is poised to go nationwide as word is getting out about her incendiary performances at clubs and festivals across the upper Midwest, and people get a chance to hear her brilliant debut recording, Leave The Light On, which will be released on August 16th.
Ehrhardt was born and raised in a house of blues. Through years of playing music in clubs and juke joints, her guitarist father, Ed Ehrhardt, laid the groundwork for a love of blues that eventually lead to the formation of the Sena Ehrhardt Band. Sena has taken those influences and several years of experience to forge her own personal and intelligent take on the blues.

Though her band's repertoire includes a wide range of blues, soul and funk cover tunes, Sena chose to record ten original compositions that she co-wrote with her father for Leave The Light On. Her songs are fresh and incisive, delivered in a style that moves effortlessly from sultry to declarative to passionately forceful. Her band - Ed Ehrhardt on guitar, bassist Steve Hansen and drummer Tim Hasler - performs flawlessly throughout, matching Sena's drive and intensity.

Of the signing, Sena said, "Growing up in a home filled with blues music and having a love and passion for blues for my entire life makes signing with Blind Pig Records a dream come true for me. This music is my heart and soul and the album is a labor of love for those who have loved me. I am so excited to see what the future holds and can't wait to bring our music to both long-time blues fans and a new generation of listeners. The blues is about feeling - and this feels so good!"
Posted by Robert Kinsler at 9:36 PM