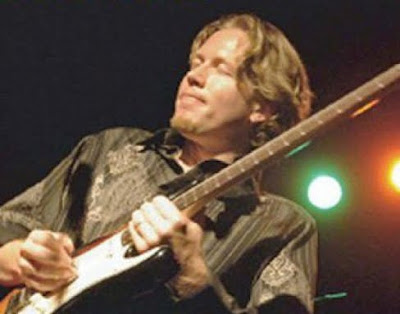 This article was first posted on the Orange County Register Web site on Tuesday, Sept. 15, 2009.
Throughout the 1970s, '80s and early '90s, several guitarists were celebrated for their virtuoso skills on the fretboard, including Jimmy Page, Jeff Beck, Steve Morse and Eric Johnson.
The art of accomplished guitar playing is making a comeback, with Orange County's own Marc Seal helping to return strong musicianship to the foreground of popular music.
Seal, a musician and an instructor, will headline Saturday, Sept. 19, 2009 at The Coach House in San Juan Capistrano, where he recorded his concert album "Live at the Coach House" on May 21, 2005. "Live at the Coach House," released in September that year, is highlighted by "Strat Boogie," "Above the Clouds, Pt. 1" and "Running Alone."
In addition to his recordings and live performances, Seal has extended his influence via his "Ultimate Guitar Show," which appears three times a week on local cable channels throughout Southern California and on the Internet. The show has been viewed in more than 40 nations via the Web and features performances and appearances by other musicians, including Jason Mraz and Toby Lightman.
For more information on Marc Seal, visit his official Web site at www.marcseal.com. For more details about the show, visit www.thecoachhouse.com.
Posted by Robert Kinsler at 3:32 PM