With the Academy Awards coming this weekend, why not lead off this post with several movie- and music-video minded music items? Have a great weekend everybody! 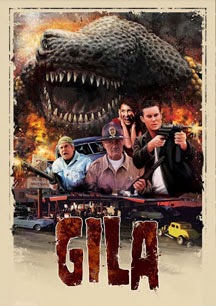 "Rock 'n roll is here to stay" despite the best efforts of a giant gila monster in Polyscope's sci-fi comedy movie Gila! scheduled for release on DVD this April 22, 2014.

It's not all the monster's fault since his giant size and voracious appetite come from accidental toxic chemical contact, and beneath the action, Gila! carries a few contemporary political, social and environmental messages.

"It's funny, scary, camp and relevant," says Dever, "featuring some of the best music of the 1950's and some cool cars."  The antique hot rods and classics were provided by a midwest car club.

Gila! stars veteran television actor Terrence Knox (Tour of Duty, St. Elsewhere) as the Sheriff. The handsome Chase is played by Brian Gross (Red Tails) who races, then rallies with restless hot-rodder Jesse Janzen as Waco Bob and seductress Carla, played with a passionate zing by Christina DeRosa as they fight the Giant Gila Monster.

The Gila Monster is no longer the federally protected and endangered southwest desert critter thoughtlessly nudged through balsa wood walls in the original movie.  Clever EFX and a dangerous man-made chemical spill morph the gila into a monster and cave crickets into chickens. Tracked down and annoyed by the Sheriff's nitro explosion that supposedly sealed the cave the monster breaks through by morning and wreaks havoc.

Town drunk and civil libertarian Compton, played brilliantly by Rich Komenich, saves the day with a bottle of whisky in one hand and the Second Amendment in the other.  His secret stash of machine guns and nitroglycerin - stockpiled to fight Russians or Martians or atomic monsters - has everyone home just in time for Christmas.

Gerald Pauwels plays the classic rich, blowhard Mayor who is forced  to face the realities of city leadership as he, the Sheriff, the hot-rodders and town drunk pull together to fight the monster. Actor Don Sullivan who plays hero Chase in the original movie returns as the Scientist.

Gila spit, as we all learned in junior high science and Sullivan reminds us, is bad, but in Gila! giant gila goo dissolves human flesh in wonderful B-movie fashion. 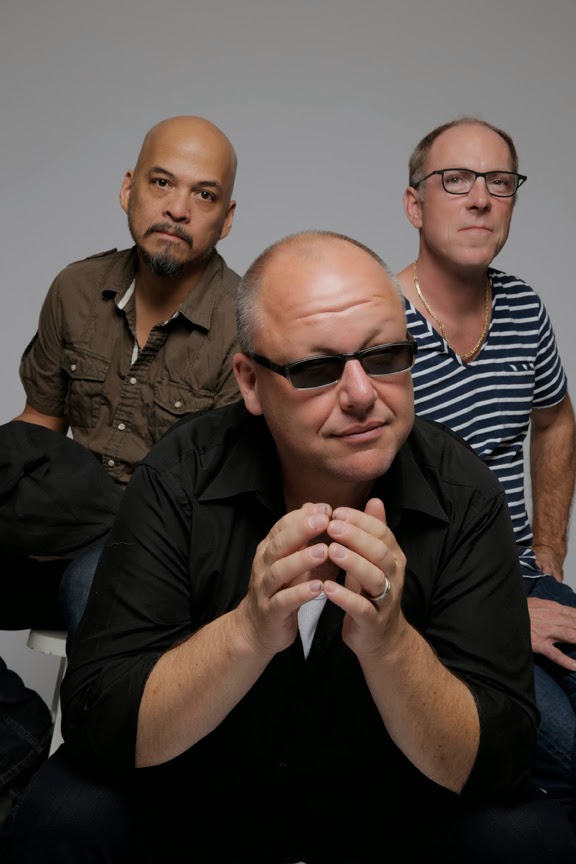 Tune in to NPR's World Café with David Dye today, Friday, February 28 at 11 a.m. Pacific / 2 p.m. Eastern for an exclusive interview and live acoustic session from PIXIES.  The session was recorded recently for WXPN/Philadelphia's "Free at Noon" series and will be broadcast on over 200 public stations across the U.S. with live streaming on the web at www.xpn.org

Panic! At The Disco Premiere Video for "Nicotine" with NeonGoldRecords.com

Panic! At The Disco have shared a new video for their song "Nicotine" this morning. The striking black and white clip premiered on Neon Gold Records this morning, home to Gospel Tour-mates Magic Man. Directed by Kai Regan (Cee-Lo Green, CocoRosie), the video features a starkly lit Brendon Urie and the object of his addiction set to "Nicotine"'s thumping dance track. Urie says, "We were excited to work with Kai again. He's super creative and we love his visual aesthetic. We managed to film almost the whole thing in one day at a cemetery in Queens. It was freezing cold and snowing out but totally worth it. The end result looks amazing." Rolling Stone has also posted the video, a "ruminative but memorable clip."


Panic! will also perform live next week on The Ellen Degeneres Show and The Late Late Show with Craig Ferguson both on Wednesday, March 5 to perform their new single "This Is Gospel".
Tickets are on sale today for the band's Gospel Tour. Indie dance-rockers Walk The Moon, will perform on all dates with Panic!; Youngblood Hawke and Magic Man join on select shows. The group's fourth studio album, Too Weird to Live, Too Rare to Die!debuted at No. 2 on the Billboard 200 Chart in October. "This Is Gospel," the second single from the album has risen to over 10 million YouTube views, is currently impacting radio and follows "Miss Jackson" which hit Top 10 at Alternative Radio.