Happy Friday everybody! Cool new music from Pete Yorn to get the weekend going. I love his reworkings of the Bob Dylan classic "Lay Lady Lay," the Tracey Ullman hit "They Don't Know" and the other gems here. My full-length review of the album will run next week but you can see the media release about the new collection below...Robert Kinsler

Posted by Robert Kinsler at 8:50 AM No comments: 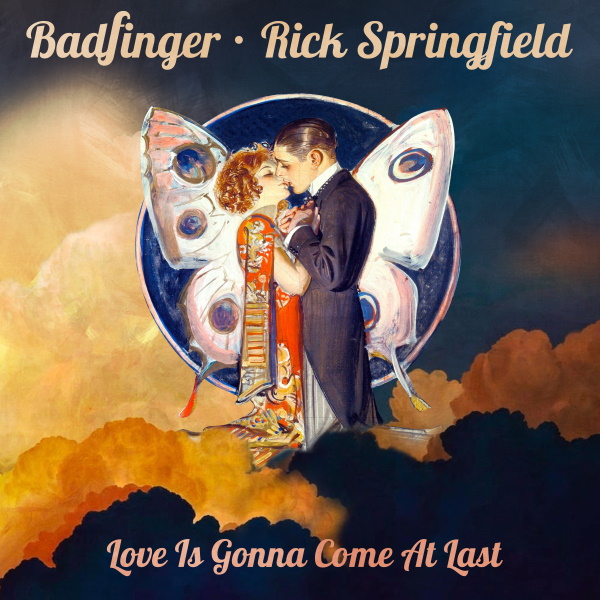 Los Angeles, CA - If you grew up in the ‘70s, chances are you had a poster of actor/musician/singer Rick Springfield adorning your bedroom wall and at least one Badfinger vinyl in your record collection. Now these two icons of ‘70s rock have joined forces on a new single that recreates a classic hit from Badfinger’s catalog, the 1979 power pop favorite “Love Is Gonna Come At Last” originally released on the album Airwaves. This new version features not only Springfield’s powerful vocals, which seemed to have only grown more resonant with time, but also his deft and intricate guitar work that intertwines beautifully with Badfinger’s Joey Molland’s own ample voice and driving bass guitar. It’s truly a match made in rock heaven!

Springfield shares, “Badfinger has always been one of my all-time favorite bands. In fact, I am often asked by journalists ‘What is the one song you had wished you had written?’ and my answer is ‘Baby Blue’. What a perfect song! Their music was and is immortal.”

Check out the single: https://orcd.co/badfinger_rick_springfield

Posted by Robert Kinsler at 1:46 PM No comments:

Tomorrow will see the release of an acoustic album from legendary genre-defying singer Eva Cassidy...

Posted by Robert Kinsler at 8:36 AM No comments:

Here is news announced today as it relates to the forthcoming album from Blackmore's Night...

Posted by Robert Kinsler at 11:07 AM No comments: 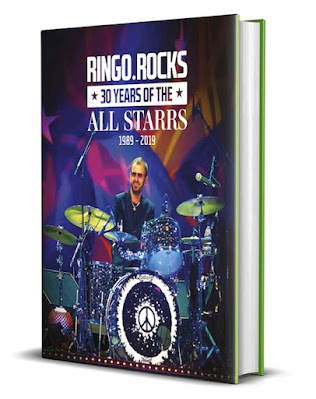 Author: Ringo Starr
Title: Ringo Rocks: 30 Years of the All Starrs
Publisher: Julien's Auctions
Pages: 375
You might like if you enjoy: Ringo Starr, The Beatles, Joe Walsh, classic rock, rock and roll photography
Tell me more: A wonderful 30th Anniversary retrospective of rock and roll's longest-running supergroup, "Ringo Rocks: 30 Years of the All Starrs" is a must-have for not only fans of Ringo Starr, but of the incredible line-up of top-tier musicians who have performed as part of his illustrious All Starrs dating back to 1989. Indeed, a true who's who of legendary names that includes Dr. John, Billy Preston, Levon Helm, Clarence Clemons, Todd Rundgren, Joe Walsh, Nils Lofgren, Colin Hay, Peter Frampton, Steve Lukather and many others are among the All Starrs' ranks.  As amazing as the intimate details that Starr shares about his fellow band mates and the hundreds of fantastic photographs captured between 1989 and 2019 is the look into Starr's deep connection to drumming and being part of a band. "The bottom line is my life didn't work well when I stopped drumming before The All Starr Band," the world's most famous drummer writes early in the book. "Listen, that's who I am in this life — I'm the drummer. And even when I first started drumming, my mother would come to the gigs, and she would always say, 'You know what, son? I always feel you're at your happiest when you're playing.' My mother was right. That's what The All Starr Band means to me — for 30 years, its given me the chance to be who I was born to be and to just play." In addition to a focus on his band mates and more than a dozen concert tours, the lavish book also showcases Starr's induction into the Rock and Roll Hall of Fame in 2015, his 70th birthday celebration and other notable events. Sold exclusively online at Julien's Auctions, both a standard edition and an autographed copy are available; proceeds from the sale of the limited-edition Ringo Starr signed edition will benefit The Lotus Foundation. Information: juliensauctions.com. 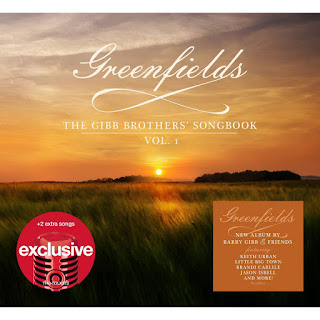 Artists: Barry Gibb, Keith Urban, Dolly Parton, Little Big Town, more
Title: GREENFIELDS: The Gibb Brothers Songbook, Vol. 1 (Capitol Records)
You might like if you enjoy: The Bee Gees, Brandi Carlile, Keith Urban, country music
Tell me more: A true celebration of the legacy of The Bee Gees as well as top-tier songcraft, GREENFIELDS: The Gibb Brothers Songbook, Vol. 1 exudes warmth with every countrified cut. This is no mere celebrity-filled vanity collection; the collaborations between surviving Bee Gee member Barry Gibb and some of country music's greatest names adds up to a rousing journey marked by new versions of some of pop music's most beloved songs. Keith Urban joins Gibb on a mostly faithful take on "I've Gotta Get A Message To You," the soaring track enhanced by their harmonies, wonderful piano passages and lead guitar work that is particularly striking in the song's finale. The lovely "Run To Me" teams Gibb's vocals with those of multiple Grammy winner Brandi Carlile; the recording equals the poignancy of the original 1972 recording. "Lonely Days," an early hit for The Bee Gees in 1970, is revisited via a luxurious collaboration with quartet Little Big Town. The gentle "Words" shines via a particularly affecting duet between Gibb and Dolly Parton. A tune not as familiar, "Words Of A Fool," is one of the disc's most dazzling reveals with Jason Isbell and Gibb each tackling verses and ultimately kicking things up a notch when their voices join on the Southern soul-flavored ballad. Other artists who join Gibb on the album include Miranda Lambert, Jay Buchanan, Olivia Newton-John and Gillian Welch. If you purchase the audio CD version, pick it up at a Target store or on the retailer's website so you get two bonus tracks ("With The Sun In My Eyes," "Morning Of My Life"). Information: BarryGibb.com or target.com.
Artist: The Bee Gees
Documentary title: The Bee Gees: How Can You Mend a Broken Heart (HBO Documentary Films)
You might like if you enjoy: The Bee Gees, music documentary films
Tell me more: The new Frank Marshall-directed documentary "The Bee Gees: How Can You Mend a Broken Heart" is one of the more affecting music-minded tributes in memory, capturing the long and dizzying history of The Bee Gees. Beginning with their childhood in the 1950s, brothers  Barry, Maurice and Robin Gibb are seen and heard in interviews, via old home movies, as well as in the studio and on stage during crucial moments of the group's history. There is a real magic in witnessing the brothers writing and recording songs in the studio, and reliving their triumphs (their worldwide fame in the late 1960s, initial comeback in the early '70s, worldwide phenomenon "Saturday Night Fever") and ability to overcome backlash at the end of the disco era to help deliver a slew of hits for other artists in the 1980s and their own well-deserved comeback in the '90s. With only Barry Gibb alive now (Maurice suffered a fatal heart attack in January 2003; Robin lost a long battle with cancer in May 2012), his modern-day reflections are often the most profound: "I'd rather have them all back here and no hits at all." Among the parade of notables who discuss the Bee Gees' enduring impact are Noel Gallagher (of Oasis fame), Coldplay lead singer Chris Martin, Eric Clapton and Justin Timberlake. This documentary comes just as the world seems to have finally and fully caught up to the group's otherworldly ability to soar in a number of musical genres from pop and rock to R&B, soul and folk — all anchored by their incredible vocal harmonies. "How Can You Mend a Broken Heart" is available via HBO and HBO Max on demand. Information: hbomax.com.
Robert Kinsler

Posted by Robert Kinsler at 7:07 AM No comments:

Here is a roundup of some of the most notable music-minded updates released today... 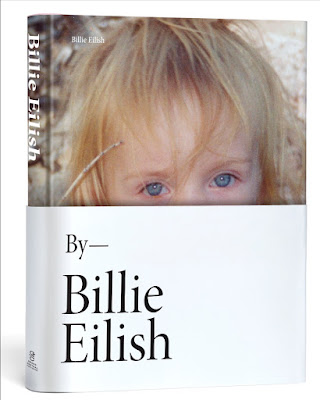 'Allen Ginsberg at Reed College — The First Recorded Reading of Howl and Other Poems' to be released on Omnivore Recordings on April 2, 2021 on CD, digital and LP

From the liner notes: "One of the most important documents in the history of American literature in the second half of the 20th century." — Dr. Pancho Savery, Reed College

Posted by Robert Kinsler at 10:21 AM No comments: