Sights and Sounds: We Were Promised Jetpacks, ZZ Ward, Ume


We Were Promised Jetpacks To Release E Rey Live In Philadelphia On February 25, 2014

"Clear, plaintive vocals propelled by ascending-staccato guitars and hellbent dance-worthy rhythms, as if the Texas band Explosions in the Sky had shown up with New Order's singer and backfield." - Rolling Stone 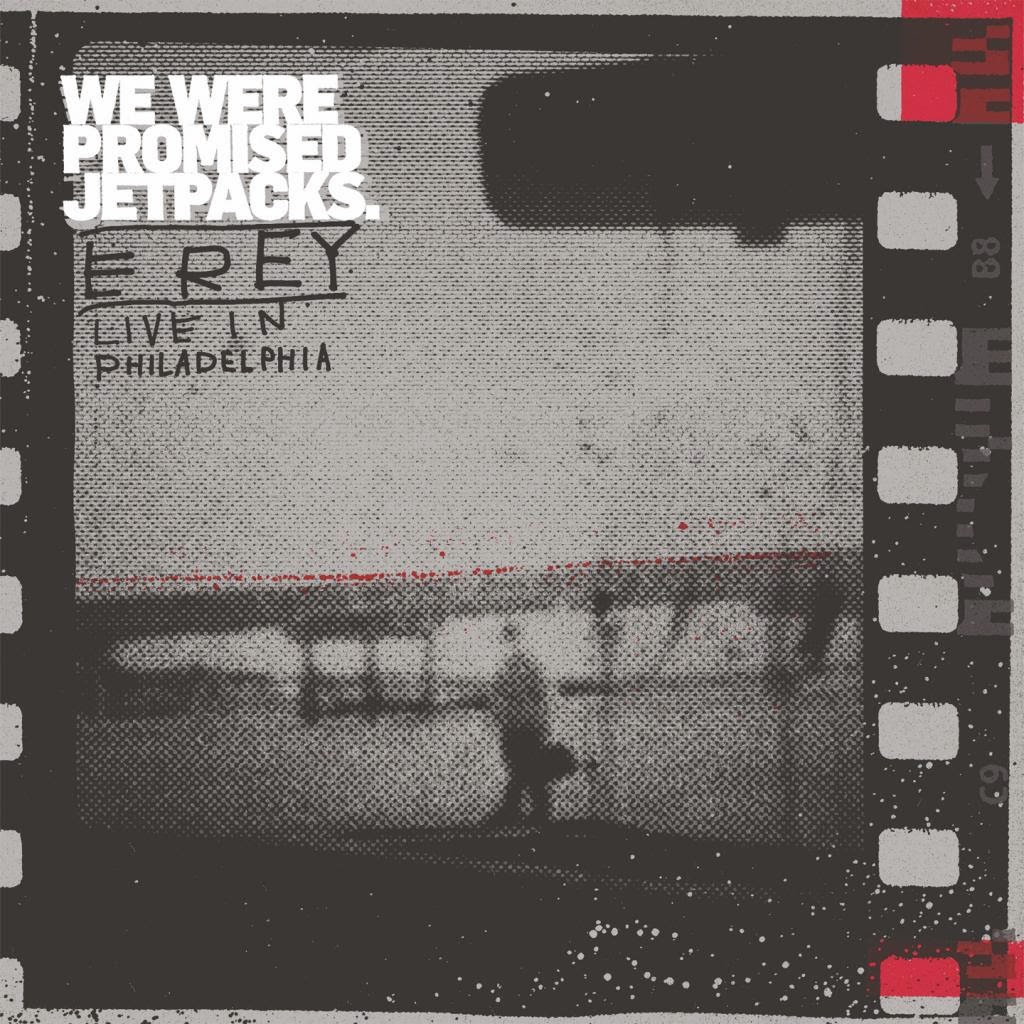 We Were Promised Jetpacks could write the book on how to be a rock band.  They work tirelessly. They are friendly, humble people.  They are passionate about what they do, truly in it for the music and nothing else.  They write great songs... and they put on a killer live show.

Some bands spend forever making their album sound perfect, and then fall flat when it comes time to performing live. Not WWPJ. All the explosive energy and drama of their studio albums not only comes across in concert, but is greatly intensified. A Jetpacks concert is transformative experience, a rite of passage, an exuberant unity with those around you.

Now, to kick off a year that will bring a long-awaited new studio album in the fall and multiple US tours including a stop at SXSW, FatCat are proud to present the next best thing to seeing the band in concert; E Rey Live In Philadelphia is a live album with an accompanying film that properly captures the spirit, the community, the power, the pure heft of a WWPJ live show.

Recorded at the final show of their 2012 US tour, at Union Transfer in Philadelphia, and mixed by the band's touring sound engineer Andrew Bush. The film, downloadable separately, includes the full concert shot by a 5-camera crew, as well as tour footage and interviews shot on Super 8 by their friend Matt over weeks of being on the road with the band.

For the uninitiated, this set acts as a great introduction to a superb live band whose two albums have sold over 60k in the US.  For fans, this is a new piece of the Jetpacks' puzzle, a reminder of where Jetpacks truly live: on the stage, under the lights and singing along with everyone in the audience. 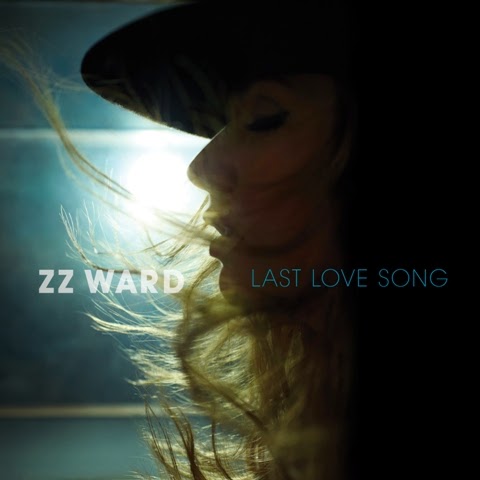 Following a year of sold out dates, festival performances and TV appearances, ZZ Ward is kicking off 2014 with a bang, announcing her ‘Last Love’ headline tour set to kick off February 28th with a hometown show in Philadelphia PA (Ward was born in Abington PA) and culminate with two performances at this year’s Coachella Music Festival April 11 & 18 alongside Outkast, The Replacements and Broken Bells.  Direct support on the Last Love Tour will be indie-popsters Grizfolk with a third opener to be announced shortly.  An engaging and mesmerizing performer, ZZ’s live performances have been called out by everyone from the Boston Herald who described Ward as having, “the confidence and swagger of a hip-hop MC” to the Chicago Tribune who declared, “So what are you waiting for? Go hear her.”

Touring in support of her debut album Til The Casket Drops, ZZ Ward is readying her third single “Last Love Song,” following the rousing first single “Put The Gun Down” and fan favorite “365 Days.”  Penned by Ward, and produced by OneRepublic's Ryan Tedder & Brent Kutzle, “Last Love Song” pulls the emotional strings in this stirring and chill-inducing song in which she softly but decidedly walks away from a downward spiraling relationship.  Of the song, Ward had to say, "I had written so many songs about this one guy, almost an entire album, so I vowed that this would be the last song I would ever write about him." “Last Love Song” is now available on iTunes and can be heard here.

In addition to the non-stop touring, Ward has performed live on The Late Show with David Letterman, Conan, Jimmy Kimmel Live, The Tonight Show with Jay Leno, Last Call with Carson Daly, Good Morning America, Queen Latifah and is set to perform on The Late Late Show with Craig Ferguson on January 30th.  Her music has also been featured in numerous hit TV shows including Nashville, Pretty Little Liars, The Voice, The View, The Client List and the feature film “We’re The Millers.”

Commanding the stage, whether in front of a festival crowd or in a more intimate club setting, Ward infuses the soulfulness of the blues, the sexiness of a chanteuse, and the passion of the hip-hop artists that inspire her. Said the New York Times recently, "[ZZ Ward's] energy evokes Tina Turner's, her chops Aretha Franklin's, and her soul Etta James's," while the Village Voice notes, “Ward’s voice…stands alone like a force of nature.” 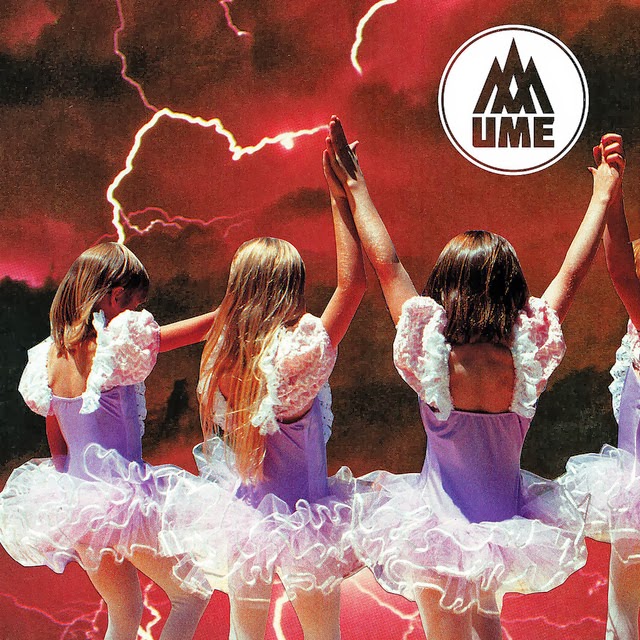 Austin rock band Ume has announced that they will release their much-anticipated new album, Monuments, on March 4th via Dangerbird Records.Monuments is the follow-up to the trio's heralded debut full-length album Phantoms, which was released in 2011. The new album was recorded in Seattle, WA at Robert Lang Studios and produced by Grammy® Award winning producer Adam Kasper (Queens of the Stone Age, Nirvana, Foo Fighters, Cat Power). Monuments is available for pre-order beginning today exclusively on iTunesHERE.

"We didn't hold anything back with Monuments. I think Adam Kasper really helped us to capture in a sincere and sonically heavy way that freedom we feel live," said the band's guitarist and vocalist Lauren Larson. "For me, each song is a sort of commemoration of a different emotion or experience. One song might make you want to bang your head and the next make you want to hug someone you love. I think it's these wildly different textures that make us a band and make us all human. That's what we wanted to communicate -- something honest and different through a rock record. We really can't wait to get this one out."

Hailing from Austin, Texas, Ume is Lauren Larson (Vocals, Guitar), Eric Larson (Bass), and Rachel Fuhrer (Drums) and rarely is the platform for women in rock updated as authoritatively as its been done with this band. The trio's music is one of beautiful juxtapositions: the loud and soft, the aggressive and eerie, buoyant melodies bursting through wall-of-noise dissonance. Ume explores the artier, heavier side of indie rock, post-punk, and alternative rock and have already garnered the attention of Nylon, who declared, "This band is ready to break out in a whole new way... A little like fuzzy shoegaze, raw garage rock and irresistible pop all rolled into one fiery package," while Village Voice proclaimed "Ume immediately won me over with their raucous bursts of guitar-driven art rock, with front woman Lauren Larson threatening to take the whole thing off the rails with the abuse of her guitar strings. Still, underneath this Ume possesses an air of intelligence and depth rare in a genre known primarily for its copious drug use. When it comes to art, psychedelia, and rock and roll, it doesn't get much better."  Rolling Stone said "Distortion-heavy jams (and the whole marriage thing) invite comparisons to Sonic Youth, but Ume do more headbanging and wailing."

Ume have won over audiences across the country as a result of their momentous live show and toured over 150 dates in support of their prior release. They've supported ...And You Will Know Us By The Trail Of Dead, Warpaint, The Smashing Pumpkins, Franz Ferdinand, Helmet, and Cursive, and were personally invited to open for Jane's Addiction at a Lollapalooza afterparty by Perry Ferrell last year. The band also appeared on the 2012 Season Premiere of Anthony Bourdain's No Reservations, sharing their insight on local Austin food during Bourdain's visit to SXSW.