I'm still catching up from my long weekend at NAMM and posting coverage. No surprise; there is plenty of news to share! 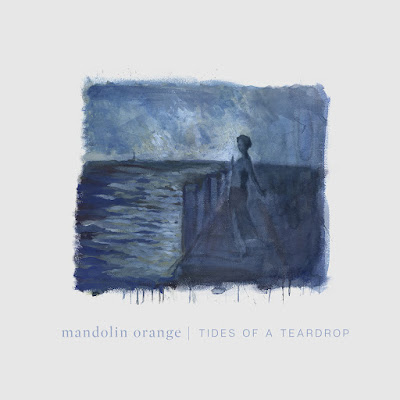 Today, Mandolin Orange's new album Tides Of A Teardrop is out on Yep Roc Records. Tides Of A Teardrop has garnered praise from NPR Music, the Washington Post, Rolling Stone, and Paste, who've deemed it "quietly devastating."
To kick off their biggest tour ever, Mandolin Orange will perform a sold-out hometown show tonight at the 2700-capacity Durham Performing Arts Center. Many of the subsequent tour dates are also sold out, including DC, Brooklyn, Boston, Chicago, and San Francisco. Mandolin Orange will also make their headlining debut at Nashville's historic Ryman Auditorium later this year and have been announced as a headliner at this year's Pickathon festival. Full tour dates below.
Mandolin Orange are coming off an incredible 2018 that saw them rack up almost 50 million streams from over 5 million fans on Spotify, sell out every single one of their headlining US performances and make new inroads in Europe.

"Now a decade into a career that has seen it help redefine American roots music for a younger generation, the duo Mandolin Orange has officially mastered blending engaging storytelling with acoustic elements of bluegrass, folk and country." - Washington Post

"A compelling tale of finding release and joy in spite of darkness and temptation... It's a new step for the band, and one that's rewarding to hear." - Rolling Stone

"One of roots music's most engaging acts." - Garden & Gun

"The North Carolina duo appreciate the gentle beauty in well-executed folk, and their Americana-tinted songs are truly calming affairs." - Uproxx

"Mandolin Orange have long kept up a pace that belies their lithe, organic music." - Guitar Player 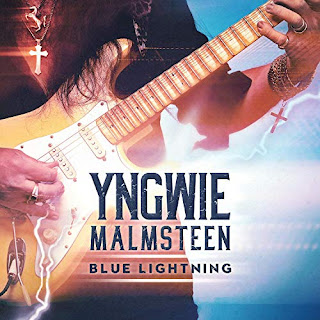 European Tour With The Midnight Starts February 22nd In Norway

“Dazzling songwriting with a pop bent…the sound of two people truly finding their role, and working with relentless confidence...

a stunning video...a story of empowerment set in a community whose voice is often sidelined, it's a bold offering." -- Clash


February 1, 2019 – Brooklyn’s Savoir Adore have announced their full-length album, Full Bloom, will be released on April 5th. They shared this news with the premiere of the official video for new single“Bloom” via Clash. Additionally, the band will join The Midnight on their European tour, starting February 22 in Norway and ending with two shows in London on March 5 and 6.

Savoir Adore released First Bloom in the fall, giving fans the first taste of an album that signifies a new beginning for the band, one that sees founder Paul Hammer solidify his musical partnership with Lauren Zettler. Of the first half of the album, Billboard.com said "Inviting the listener into a synth-filled sonic head trip … the album explores the undeniable chemistry between the duo and their aptitude for pairing velvety beats and feel-good melodies.”

In continuing with the theme of new beginnings, Savoir Adore’s new single “Bloom” is the centerpiece of the full album.

Paul says of the song and music video, “’Bloom’ represents so much to us - change, discovery, growth, becoming. A lot of times we have visuals in our mind when we’re writing songs, and this song really made us think about those who go through deep transformations and change in their lives.

Ben Philippo [director] approached us with the idea of following a young man’s entrance into the world of drag performance in a small club called Jacques' in Boston. It was perfect, especially as he was able to capture real performers in their day-to-day lives.

It’s a pretty specific experience that encapsulates the whole idea of ‘finding yourself.’ When Patty looks at the camera and says ‘baby, we're about to bloom,’ both Lauren and I felt so much.

It's an honor to have such a beautiful story and visual accompany the song.”

Strait to Vegas Sees 21st and 22nd Sold-Out Shows this Weekend; Due to Overwhelming Demand Adds Second Show in Fort Worth, Texas for Saturday, November 23
Tickets on Sale Friday, February 8, 2019 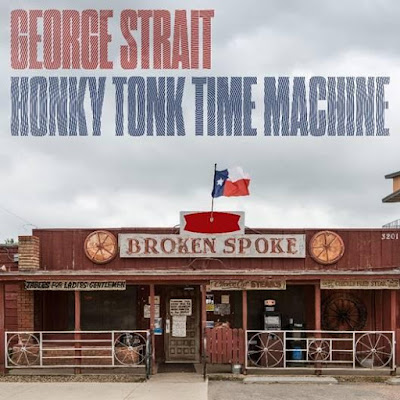 “I’m really excited to have some new music coming out,” shares Strait. “It’s been about two years since I’ve released a record. It was great writing with Bubba and Dean again and creating such a beautiful song with Bubba and Jeff Hyde. Also, it was a very special thing for me to be able to write and sing one with the legend Willie Nelson. I hope everyone enjoys listening to Honky Tonk Time Machine as much as I enjoyed making it.”

The album news comes just ahead of Strait’s 21st and 22nd sold out Strait to Vegas shows at Las Vegas’ T-Mobile Arena this weekend.

With an unmatched 60 singles hitting the top of the charts – more than any other artist in any genre – during the span of his 30-year career, Strait is the undeniable “King of Country Music.” He has collected 33 Platinum or multi-Platinum-selling albums, more than any country artist and ranking third across all genres behind only The Beatles and Elvis Presley. Strait is the only act in history to have a Top 10 hit every year for over three decades and has sold nearly 70 million albums and earned more than 60 major entertainment industry awards, including induction in the Country Music Hall of Fame in 2006.

This weekend, the Country Music Hall of Famer will play his 21st and 22nd sold-out shows at T-Mobile Arena in Las Vegas. The “Strait to Vegas” series began with six shows in 2016 and extended with 10 more in 2017. In 2018, Strait headlined Bayou Country Superfest to a sold-out Mercedes-Benz Superdome crowd in New Orleans, Louisiana, two nights in Tulsa, Oklahoma and one night in Austin, Texas. This year, fans can catch Strait at Mercedes-Benz Stadium in Atlanta on March 30, Ohio Stadium in Columbus, Ohio on June 8, two additional engagements of “Strait to Vegas” at T-Mobile Arena in Las Vegas on August 23 and 24 and Dickies Arena in Fort Worth, Texas on November 22 and, due to overwhelming demand, has added a second show on November 23, with tickets going on sale Friday, February 8 at ticketmaster.com. For more information, visit www.GeorgeStrait.com. 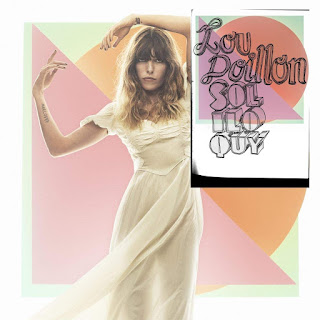 “The model/actress-turned-musician spent
much of her childhood writing songs in English,
and a listen to the content she’s producing makes it
clear that she’s inherited a talent all her own.”

“…too smart for it all, a thoughtful and
broad-minded woman who seems, at her
essence, unafraid. She is wise, she is thoughtful,
she is resolute, and that’s all fully present in the
music, which has a timelessness about it, as
well as a patina of experience.”

“So cool it hurts”

Parisian singer-songwriter, actress, model and artist Lou Doillon’s highly anticipated album, Soliloquy, is out today—listen/share HERE. Along with the release of the record, Doillon’s music video for her latest single “It’s You (feat. Cat Power) is available now. Watch/share the video HERE.
The track has received rave reviews from the likes of UPROXX, who proclaims, “The reigning queens of haunting love songs, Doillon and Cat Power’s voices are a match in ghostly, melancholy heaven. Their gorgeous harmonies shine over a minimalist acoustic melody, with the two singers’ voices interlocking in complex ways, alternately echoing and singing,” while Stereogum furthers, “The track is an acoustic duet featuring both of their voices swirling around each other.”
Following the global success of 2016’s Lay Low and her 2012 breakout debut, Places, which earned her a French Grammy for Female Artist of the Year, Soliloquy finds Doillon teaming up for the first time with multiple producers on a single album: Cat Power, Taylor Kirk of Timbre Timbre, Benjamin Leabeau of The Shows and Dan Levy of art-pop duo The dø. “I had a desire to be more up front,” she says of this new process. “Working with different people in different studios and with the different energies has brought something richer than when I worked with one producer. Extremes. I made the link between them.”
Of the music, Doillon furthers, “With some songs, I think I was going towards something…and then it became something completely different. I am a kid of the Eighties and was listening to Nineties music: Massive Attack and Les Rita Mitsouko. The Slits too. I was raised at one point in my teens in the Caribbean and the only music we had was reggae. I had a desire to reconnect with these roots. I still love Leonard Cohen, Van Morrison and Nick Drake. Let’s channel it all.”
Most recently, Doillon released a music video for the track “Burn,”—watch/share it HERE. Additionally, she and her band will tour widely in support of the album, with U.S. dates to be announced in early 2019.
Doillon grew up on theater stages, cinema sets and in front of some of the most renowned photographers’ camera lenses. At 30 she composed her debut LP, Places, which went double platinum in France, earned her a Victoire de la Musique (the French Grammy) for Female Artist of the Year and sold over 300,000 copies worldwide. She has since shared stages with artists including John Cale, Pete Doherty, Animal Collective, Jarvis Cocker, John Grant and Richard Hawley, and toured the world playing festivals and headlining venues in the U.S., U.K., France, Germany, Belgium, Australia and more. Notable television appearances include “CBS This Morning: Saturday” in the U.S. and “Later with Jools Holland” in the U.K.
SOLILOQUY TRACKLIST
1. Brother
2. The Joke
3. All These Nights
4. Last Time
5. Too Much
6. It’s You (feat. Cat Power)
7. Burn
8. Flirt
9. Nothings
10. Soliloquy
11. Windows
12. Snowed In

Posted by Robert Kinsler at 9:25 AM