I was saddened earlier today to learn of the passing of Geoff Emerick, the legendary engineer who worked on some of the most legendary recordings of the rock era (The Beatles, The Zombies, Badfinger, America, Tommy Keene and many more).

I had the honor to hear Mr. Emerick when he gave an incredible talk at the NAMM Show in January 2018, and it was amazing to hear him discuss what it was like to work on so many legendary Beatles recording sessions. Robert Kinsler


Here are the thoughts of Rod Argent of The Zombies:

It’s with incredible sadness that we’ve just heard of the sudden and unexpected demise of Geoff Emerick. It was only two weeks ago, in Los Angeles, where we were appearing with Arcade Fire at The Greek Theatre, that Col and I last enjoyed a long, all-encompassing chat with him, of maybe an hour or so, where we shared not only reminiscences but also definite plans to do some recording together again in the near future!

Geoff was so important to us with his terrific and intuitive talent as a recording engineer, during the time of our recording of Odessey & Oracle in 1967. I remember especially clearly being absolutely knocked out with the great atmosphere he achieved as we laid down “Time Of The Season” ... a track recorded like everything else on that album in a very short timespan - probably a single three hour session. Geoff immediately captured a sound that was not only highly individual, but also entirely in harmony with the song.

My goodness, another great one suddenly gone. We’ll all really miss you Geoff. R.I.P mate, and thanks so much for all you did for us. 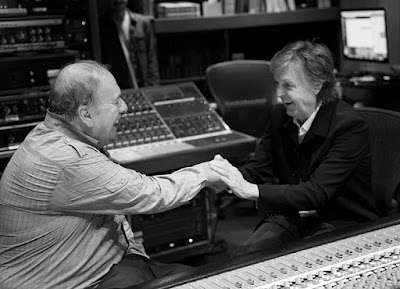 
I first met Geoff when he was a young engineer working at Abbey Road Studios. He would grow to be the main engineer that we worked with on many of our Beatles tracks. He had a sense of humour that fitted well with our attitude to work in the studio and was always open to the many new ideas that we threw at him. He grew to understand what we liked to hear and developed all sorts of techniques to achieve this. He would use a special microphone for the bass drum and played it strategically to achieve the sound that we asked him for. We spent many exciting hours in the studio and he never failed to come up with the goods. After The Beatles, I continued to work with him and our friendship grew to the point where when he got married to his beautiful wife Nicole, it was in the church close to where we lived in the country. He came with me to Lagos Nigeria to record my album 'Band on the Run'. I remember arriving at the half built studio with a handful of 45s which I played for him to explain what direction I wanted to take on this particular album. I remember asking him to make sure that the tracks had a lot of space and he was happy to deliver that. We kept in touch through the years and our phone calls or messages always gained a giggle or two. Having seen him as recently as this year when he came to visit us at Henson Studio in LA, where we were putting the finishing touches to 'Egypt Station', he was his usual cheerful friendly self and gave me the thumbs up to the mixes we played him.I’ll always remember him with great fondness and I know his work will be long remembered by connoisseurs of sound. Lots of love Geoff, it was a privilege to know you. Love Paul

Here is the official media release that arrived courtesy of Carol Kaye at Kayos Productions today... 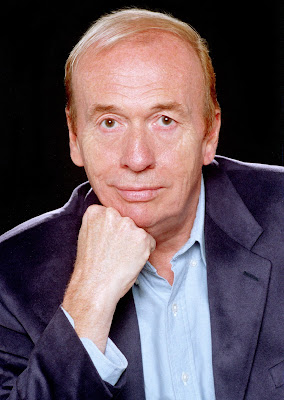 October 3, 2018, New York—Legendary Beatles engineer Geoff Emerick died yesterday at his home in Los Angeles at the age of 72. Preliminary indications are that the cause of death was cardiac arrest.
Geoff began his career at EMI Studios in London (later better known as Abbey Road) at the age of 15. On just his second day on the job, he was witness to The Beatles’ first-ever recording session, of the song “Love Me Do.” He would go on to serve as assistant engineer for many of the group’s most well-known early hits, including “I Want to Hold Your Hand,” “She Loves You,” and “A Hard Days Night.”
At the age of 19, Geoff was promoted to full engineer and in April, 1966, recorded The Beatles’ groundbreaking LP Revolver, followed a short time later by the two-sided hit single “Penny Lane/Strawberry Fields Forever” and the album that many consider the group’s masterpiece: Sgt. Pepper’s Lonely Hearts Club Band. In the months that followed, Geoff would record tracks for Magical Mystery Tour and the White Album, departing midway through those sessions in the midst of rancor and tension within the group.
In 1968, he left Abbey Road to oversee construction and serve as studio manager for the Beatles’ Apple Studios. Soon afterwards, he was asked to record The Beatles’ swansong album Abbey Road, along with his longtime assistant Phil McDonald. Following the dissolution of the group, he worked with all four Beatles individually and manned the board for Paul McCartney’s Band on the Run, Tug of War, London Town, and Flaming Pie. He then took a position at AIR Studios, where he forged a career as an independent producer/engineer with artists such as Elvis Costello (for whom he produced the stellar Imperial Bedroom album), Badfinger, Robin Trower, America, Jeff Beck, Cheap Trick, and Art Garfunkel. He also recorded such iconic hits as The Zombies’ “Time of the Season” and Steelers Wheel’s “Stuck In The Middle With You.”
Geoff Emerick was the recipient of four Grammys, including a 2003 Special Merit/Technical Grammy Award. In 2006, he published his critically acclaimed memoir Here, There and Everywhere: My Life Recording the Music of the Beatles and in recent years continued to work actively as both an engineer and a teacher. His pioneering approach to audio engineering resulted in many innovations used to this very day, and his work influenced an entire generation of musicians and recordists.
In a statement issued on Facebook this morning, Paul McCartney said of Geoff, “He was a great engineer and friend, and even though The Beatles had many great engineers over the years Geoff was the ONE. He was smart, fun-loving and the genius behind many of the great sounds on our records. I worked with him after The Beatles and it was always fun and the sounds he managed to conjure up were always special.”
Said producer Jack Douglas, who recorded John Lennon’s Double Fantasy: “Now one more member of the most influential team to ever make music is gone. Another piece of us all is missing.” Longtime David Bowie producer Tony Visconti, who worked with Emerick on Band on the Run, added: “Geoff was a humble man, not one to put on airs or beat his chest.”
Geoff will be interred in Westwood Cemetery in Los Angeles. Funeral arrangements are being made by his family and will be announced shortly.
Posted by Robert Kinsler at 1:39 PM