So great to see elbow is back with a new album, and is bound to North America in early 2020... 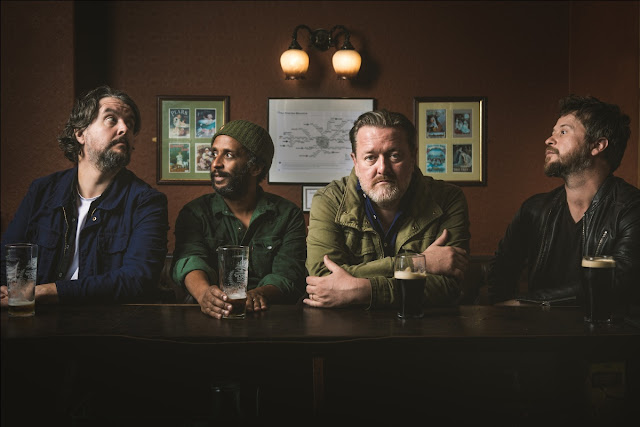 
"Few lyricists can perfectly describe the world around us quite like Elbow’s Guy Garvey." - PASTE Magazine

"Elbow have proven to be one of the most reliable and entertaining rock bands around and Giants of All Sizes has plenty of spectacular music to make it a 2019 top 10 contender." - Under The Radar

"Giants of All Sizes is a particularly gorgeous production." - Brooklyn Vegan

"Intellectual yet down to earth, Giants of All Sizes is an album that both provokes thoughts of life’s trials while simultaneously offering comfort for them." - Stomp & Stammer

"Giants of All Sizes is one of Elbow’s best, a record of its time that dares envision a brighter future.” – Associated Press

“This study of pessimism and doubt, loss and confusion, truly life in all its complexities, somehow still ends up feeling like a breath of much-needed fresh air.” – SPILL Magazine

"The foundation of 'White Noise White Heat' is Genesis and 1970s David Bowie; it has a larger-than-life beat marching toward dire odds." - The New York Times

As they lead the charge for this week’s Number 1 spot in the UK (set to be their third consecutive U.K Number 1 album), British band elbow has announced they will be returning to North America in January 2020 for a handful of west coast dates in California. Starting on January 18, they will be kicking things off at the House of Blues in San Diego then making stops at The Wiltern in Los Angeles, Fox Theatre in Oakland and The Observatory in Santa Ana. Local pre-sales start Thursday, October 17 at 10AM PT. General on-sale starts Friday, October 18 at 10AM PT. For more information, go to: www.elbow.co.uk

Last Friday, elbow released their eighth studio album ‘Giants Of All Sizes’ (Polydor/The Verve Label Group), to vast critical acclaim across the globe. Praised as "rich, expansive and inventive" by NPR who spoke to lead-man and lyricist Guy Garvey on All Things Considered recently [Listen HERE], this remarkable full-length continues to hold the Manchester four-piece well and truly at the top of their game and dear in the hearts of fans all over the world. Listen to ‘Giants of all Sizes’ HERE.

‘Giants of All Sizes’ was recorded at Hamburg’s Clouds Hill Studio, The Dairy in Brixton, 604 Studios in Vancouver and Blueprint Studios in Salford, with additional recording taking place at various band member’s home studios in Manchester. Lead singer and lyricist Guy Garvey describes the album as “an angry, old blue lament which finds its salvation in family, friends, the band and new life.” It is a record that lyrically takes in moments of deep personal loss whilst reflecting its times by confronting head-on, the specters of injustice and division not just in the UK but across the world. It is a record that could only have been made in the 21st Century.

Given such bleak, if ultimately redeemed subject matter, it is also perversely the most relaxed record which elbow have made in some time. On ‘Giants Of All Sizes’ each band member extended their usual process of working on demos alone and followed their vision to its conclusion rather than, as Craig Potter puts it, ‘taking the edges off things to find compromise’. In tandem with this, they returned to playing live in the studio, encouraged to experiment with the banks of analogue equipment at Clouds Hill in Northern Germany, giving songs a looser, more live feel.

The result is the most starkly dynamic record from the band in recent times, “sonically unabashed”, as Guy would have it. Whilst album closer ‘Weightless’ has the gossamer melodies and communal harmonies for which the band have latterly been known, this album echoes earlier elbow work at times whilst also breaking new ground.

‘White Noise White Heat’ is motorik, metal machine soul driven by a vocal that is rage incarnate, ‘Doldrums’ mixes John Carpenter with The Plastic Ono Band to brilliantly disturbing effect and ‘On Deronda Road’hitches stark bass beats and glitches to an ad-hoc choir. ‘Empires’ delivers dark resignation via an insidious melody and ‘Seven Veils’ continues the subversion by inverting the perception of elbow as a band for lovers into a band for haters, a double-barreled fuck-you song par excellence.  ‘The Delayed 3:15’ marries mariachi guitars to jazz dynamics, Morricone via Buddy Rich, and ‘My Trouble’ is a clockwork, analogue shuffle housing a delicate melody that builds over the course of the song into a fragile monolith to the power of love.

Lead track, ‘Dexter & Sinister’, released on 10” ahead of the album, encapsulates the whole album. A seven-minute musical journey that blends deep bass grooves, sudden keyboard stabs, dislocated piano and guitar runs and soul stylings then abruptly shifts gear, parts the storm clouds and takes wing, flying towards the heat of the sun. It is the soundtrack for these ‘hope free, faith free, charity free days’, a denial of the divine and a reconciliation, two songs in one song, two emotions for one emotion, human, fragile and brilliant, like the album which it opens.

As with their previous four studio albums, ‘Giants Of All Sizes’ was produced and mixed by keyboard player Craig Potter. Guests across the album include Jesca Hoop, The Plumedores and South London newcomer Chilli Chilton. 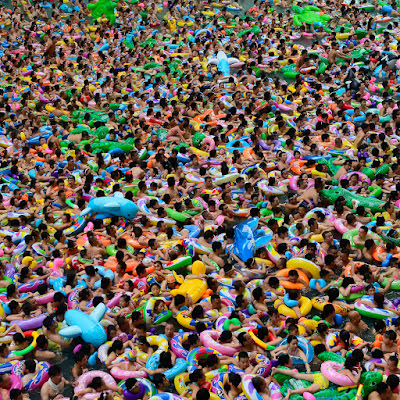