Whether you're a fan of classic rock, neo-soul, jazz or alt rock, today's post has a little bit of everything. I've re-posted releases on a number of artists here. 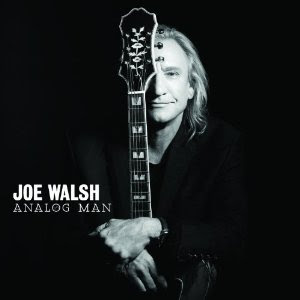 Grammy Award winning rock and roll legend Joe Walsh returns with Analog Man, his first solo album in two decades to be released on June 5th, 2012 from
Fantasy Records/Concord. Analog Man is both modern and timelessly soulful, packed with Walsh’s beloved wit, charm and chops; it delivers an incredibly raw and intimate sound.

“It’s been 20 years and I have a lot to say,” said Walsh. “These songs come from the heart.” Walsh, best known for his powerful guitar licks, joined the Eagles in 1976 and is credited for bringing a harder rock sound to the band with the acclaimed Hotel California, The Long Run and Eagles Live. A singer-songwriter and Rock and Roll Hall of Fame inductee, Walsh has entertained for more than four decades, not only as a solo artist, but as part of admired bands like The James Gang and Barnstorm.

As a self-proclaimed Analog Man, also the album name and title track, Walsh refers playfully to the new digital age; one in which he has adapted to, but notes in the song, “I am what I am – I’m an Analog Man.” Walsh developed the album over the last 10 years, drawing on personal experiences to breathe life into each track. “I just really feel like it’s all come together and finally I feel like a complete person and a complete musician,” said Walsh. “I think there is some confidence in there that I never had. That’s what I was hiding.” Walsh credits his wife of four years, Marjorie, for encouraging him to be the man and artist he is today and fondly dedicates this album to her.

The 10-track album was produced by Jeff Lynne and Joe Walsh with Tommy Lee James co-writing some of the tracks. “Lucky That Way,” one of Walsh’s favorites off the album, speaks to the extraordinary life he’s lived, even through the hurdles, and features Ringo Starr, his real life brother-in-law, on drums. The song ironically serves as a mature sequel to Walsh’s famed “Life’s Been Good” and for Walsh, life is just that. 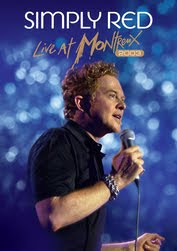 Eagle Rock Entertainment is proud to announce the May 22 release of Simply Red Live At Montreux 2003 on DVD and Blu-Ray (the band’s Blu-Ray debut).

The DVD was filmed at the Montreux Jazz Festival, where the band, over the course of its 25 years, has been a longtime Montreux favorite. This two-hour 18-song soul-drenched set—recorded while touring for the multi-platinum Home album— was filmed in high definition and recorded in DTS-HD Master Audio, Dolby Digital 5.1, LPCM Stereo.

Simply Red Live At Montreux 2003 include seven more tracks from their 2010 Montreux appearance as bonus features: “Out On The Range” “To Be With You” “Your Mirror” “Heaven” “For Your Babies” “Ain’t That A Lot Of Love” (a scintillating cover of the 1966 Homer Banks rhythm’n’blues classic that Simply Red popularized again as the lead single from their 1999 Love And The Russian Winter album) and a passionate interpretation of “If You Don’t Know Me By Now” (the 1972 Harold Melvin & The Blue Notes hit).

This acclaimed British band, accentuated by the unerring timing and charisma of a true showman in Mick Hucknall, truly ignited the Swiss crowd. This performance is another stunning addition to Eagle Rock Entertainment’s Montreux collection.

Eagle Rock Entertainment is the largest producer and distributor of music programming for DVD, Blu-Ray, TV, Audio and Digital Media in the world. Eagle works directly alongside talent to produce top quality, High Definition and 3D programs, both concerts and documentaries, including The Rolling Stones, Pink Floyd, The Who, Queen, The Doors, Jeff Beck, U2, Peter Gabriel, Paul McCartney and Ozzy Osbourne. Eagle is a Grammy Award winning company and has received over 30 multi-platinum, over 50 platinum and over 90 gold discs, worldwide. Eagle Rock Entertainment has offices in London, New York, Toronto, Paris and Hamburg. 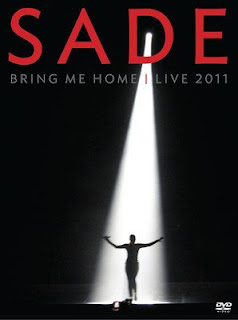 Hailed as "the best concert of the year" by the Baltimore Sun, Sade will release their live DVD/CD and Blu-ray for, Bring Me Home – Live 2011 on May 22, 2012. In 2011, after a 10 year hiatus, Sade returned to the U.S. for a 54-date tour in support of the platinum selling album Soldier Of Love (Epic Records), which became one of last year's top 10 grossing tours. The tour, directed by the renowned Sophie Muller, will now be available on DVD/CD, featuring 22 of Sade's biggest hits performed live on the visually stunning stage which was nominated by Pollstar for "Most Creative Stage Production" and "2011 Major Tour of the Year Award." Sade also grants fans a rare, all access look behind-the-scenes with a 20-minute documentary film shot by Sophie Muller, as well as a technical documentary by Stuart Matthewman, and outtakes from the crew. 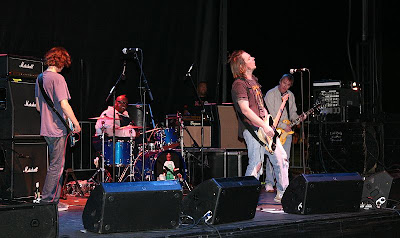 Soul Asylum is back and newly signed with 429 Records, which will release their first album in six years, DELAYED REACTION. This time around, the veteran band is energized with a re-calibrated lineup that includes founders Dave Pirner and Dan Murphy alongside ex-Replacements, ex-Guns N' Roses bassist Tommy Stinson (who replaced original member Karl Mueller who passed away in 2006) and former Prince drummer Michael Bland. DELAYED REACTION, which was produced by the band and overseen by John Fields, bristles with the tightly wound, slightly ragged vibe that characterized the band when they emerged straight out of Minneapolis. The recording took place in various locations--beginning in Los Angeles and then relocating to New Orleans and Minneapolis and back to LA--each town giving the tracks a unique backdrop of local culture vibe. Soul Asylum will hit the road in support of the album which is filled with brilliantly passionate songs, perfectly suited to their electric live shows. DELAYED REACTION will be released on 429 Records on July 17, 2012.

Originally formed in 1983 in Minneapolis, MN, Soul Asylum has maintained their reputation for honest, heartfelt rock from their beginnings on scrappy local label Twin Tone (which concurrently nurtured the careers of seminal rockers the Replacements), through their commercially successful days on A&M and Columbia Records (where they scored a Grammy for the monster hit single "Runaway Train"). The band has persevered through the good times of garnering several platinum albums and accolades including a performance for the Presidential inauguration of Bill Clinton to enduring the personal tragedy of losing Karl Mueller to cancer six years ago.

Says Dave Pirner on the recording process: "It feels like approaching it as an album and a thing that has a sequence, and a thing that is a piece of work in itself is almost an archaic process… Honestly, it's more organic. Even though you're using some of this newer technology, the fact that you're doing it yourself is what made it take so long and the process unique, this time."

1.Gravity
2.Into The Light
3.The Streets
4.By The Way
5.Pipe Dream
6.Let's All Kill Each Other
7.Cruel Intentions
8.The Juice
9.Take Manhattan
10.I Should've Stayed In Bed