Sights and Sounds: Hank Williams, The Temptations, The Supremes

With so many modern-day Americana and alt country artists gaining well-deserved attention (Mumford & Sons, Trampled by Turtles, The Wilderness of Manitoba, David Serby, Michael Ubaldini, etc.), it's no wonder there is renewed interest in the pioneers of the genre. Let's kick things off with lots of news about Hank Williams. Today's post offers plenty to excite fans of classic Motown too. 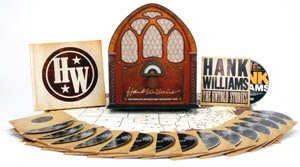 Hank Williams’ talent and life story continue to fascinate music fans around the world nearly 60 years after his death. As a result, Williams has become one of Time Life’s most successful artists during the last three years and now the company has partnered with Warner Distribution Company as a continuing part of this project for a new e-book about the music legend, Hank Williams: The Mother’s Best Shows In Words And Music that releases September 13, 2011. The book is written by the renowned Hank Williams historian, Colin Escott and takes the reader on a voyage of discovery into the roots of Williams’ music and the stories behind some of his most successful songs. His text considerably expands his work on the three top-selling box sets from the Mother’s Best recordings, including the highly acclaimed and Grammy nominated Time Life project, Hank Williams: The Complete Mother’s Best Recordings….Plus!

Hank Williams: The Mother’s Best Shows In Words And Music is a new direction for Time Life by releasing the book digitally, and offering a unique synthesis of words, music, and photos. Besides providing the background on the history of the Mother’s Best radio shows, the e-book creates a compelling portrait of an artist that gave almost no interviews during his short 29-year life and results in a fascinating understanding of why this Pulitzer Prize winning artist still resonates with us after all these years.

According to Hank’s daughter, Jett Williams, “The relationship between the man, his music, his sense of humor, his overwhelming charisma, and the genius and tragedy of his short life all come together in these new initiatives. His awesome talent has not only survived the ages, it has survived and embraced the technology revolution and has become available once again to his ever-widening fan base.”

“From the beginning of this project we wanted to re-present Hank Williams in a fully three dimensional way sharing new insights into the man, his personality, music tastes, influences and his genius,” says Mike Jason, Senior Vice President/Retail, Time Life. “The e-book format has enabled Colin Escott to blend music, the story, photos and video into a more full representation. The forty-minute documentary included with the e-book features Williams’ daughter Jett interviewing two of Hank’s original band members. It wonderfully hits the mark, blending deeply personal reminscences and humor from these former Drifting Cowboys.”

At the same time, Time Life will digitally release the entire Grammy nominated project, Hank Williams: The Complete Mother’s Best Recordings….Plus! that was also instrumental in Williams becoming the recipient of a Pulitzer Prize Award last year. The box set will be available at all digital music outlets. The project contains 72 complete 15-minute shows, featuring 143 performances by Hank Williams together with conversation, and much more. The recordings are from Williams’ Mother’s Best Flour shows, recorded at the pinnacle of his career in 1951. When Williams was planning to be out on tour, he prerecorded his Mother’s Best shows, and 72 of them miraculously survived.

As announced earlier, September 13 will also mark the release date of Hank Williams: The Legend Begins that includes the very first recordings of Williams at fifteen-years-old, home recordings from 1940 and his first radio series, Health And Happiness. All of the music in the 3-CD package has been meticulously restored with state of the art technology and brings Williams once again into the living room of the listener, as it would have over sixty years ago. 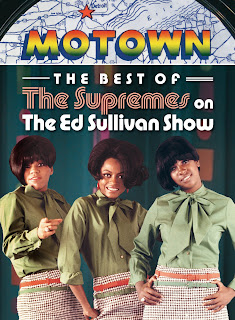 The Supremes rose from poverty to become Motown’s most consistent hit-maker and the most popular female group of the 60’s. Along with the charmed circle of Motown singers, writers, producers and players, they rewrote the book on pop music, sang their way into the hearts of millions and made a lasting impression that continues to this day.

With a total of 16 appearances on The Ed Sullivan Show, The Best Of The Supremes collects some of the group’s greatest performances. Included in this DVD is their very first appearance on The Ed Sullivan Show in December 1964, showcasing their No. 1 hit "Come See About Me." Other timeless performances featured are “You Can’t Hurry Love,” “My World is Empty Without You,” “Baby Love,” “Stop! In The Name of Love” and “The Happening.” And, for the first time on DVD, this collection includes a full version of “Up the Ladder to the Roof” which is the only appearance by the “New Supremes” after Diana Ross went on to pursue a solo career. 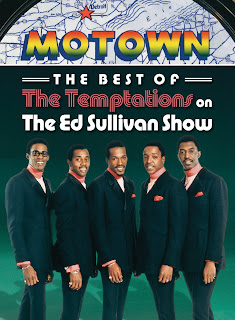 The Temptations began their musical life in Detroit in the early sixties. With their flashy suits, distinctive harmonies and precise, split-second choreography, they popularized a refined style of performance that made them a household name. For the first time on DVD, you get the best of their Ed Sullivan Show performances. Included in this collection is the group’s very first appearance in May 1967, in which they performed a medley of hits including “My Girl” and “(I Know) I’m Losing You.” Other songs featured are the group’s No. 1 hit “I Can’t Get Next to You,” a playful version of “You’ve Made Me So Very Happy,” the Top Ten hit “Psychedelic Shack,” and the 1969 hit single “Runaway Child, Running Wild” with Dennis Edwards replacing David Ruffin.

Highlights of this collection include:
The Temptations’ special appearance alongside The Supremes with each group performing a medley of the other group’s hits, including “Get Ready,” “Stop! In The Name Of Love,” and “Baby Love.”
DVD debuting performances by The Temptations of “Hello Young Lovers,” “Autumn Leaves,” and never-before-released medleys of “Girl (Why You Wanna Make Me Blue),” “All I Need,” “Ain’t No Mountain High Enough,” “I’ll Be There” and “My Sweet Lord.”
The Temptations’ last appearance on The Ed Sullivan Show in 1971 in which they performed “Get Ready” and their No. 1 hit “Just My Imagination (Running Away With Me).” These tender and soulful performances were a fitting farewell to The Ed Sullivan Show.

Today, The Temptations and The Supremes continue to be an essential component of the Motown legacy. The Temptations recent DVD release, Get Ready: Definitive Performances 1965-1972, is currently double platinum, and their recent ICON CD has already sold more than 100,000 copies. The Supremes DVD release, Reflections - Definitive Performances 1964-1969 is also now double platinum. Fifty years later, original fans as well as new fans confirm with steady sales that these performers’ true artistry and talent is timeless.

Posted by Robert Kinsler at 5:57 PM