It's a short week but there is no shortage of music news... 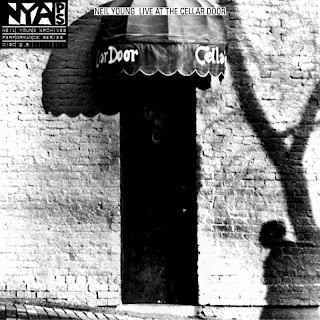 November 26, 2013 - Burbank, CA - Neil Young has launched a pre-order of his upcoming December 10th release Live At The Cellar Door, through his website beginning today.

The latest in his Archives Performance Series, the album collects recordings made during Young's intimate six-show solo stand at The Cellar Door in Washington D.C. between November 30th and December 2nd, 1970, a few months after Reprise released his classic third solo album After The Gold Rush in August.

The album can be pre-ordered here in three configuration options: CD, on 180-gram vinyl mastered by Chris Bellman at Bernie Grundman Mastering and pressed at Pallas in Germany (for maximum vinyl sound quality), and as a FLAC digital album. Everyone who pre-orders will each receive an instant download of the album track "Old Man." Click here for a view into the track.

Live At The Cellar Door, which features Young performing on acoustic guitar and piano, includes stunning live versions of songs that appeared on After The Gold Rush, and many other songs that make up a unique cross-section of material that Neil would draw from for these shows.
Of the many intriguing gems found on Live At The Cellar Door, a rare solo version of "Cinnamon Girl" performed on piano rather than guitar is a particular treasure for Neil fans (the full band version appears on Young's 1969 second solo album Everybody Knows This Is Nowhere). In addition, Live At The Cellar Door features early, raw performances of songs that wouldn't appear until subsequent Young albums, including the rarity "Bad Fog Of Loneliness" (which appears on Live At Massey Hall '71 - released in 2007-- but was previously unreleased until the studio band version was included onArchives Vol. 1 1963-1972) and "Old Man" (released two years later on 1972's Harvest album)."Down By The River," also from Everybody Knows This Is Nowhere, rounds out the spectacular set. Click here for a preview of Live At The Cellar Door.

The track-listing for Live At The Cellar Door is as follows:

Side One:
Tell Me Why
Only Love Can Break Your Heart
After The Gold Rush
Expecting To Fly
Bad Fog Of Loneliness
Old Man
Birds

Side Two:
Don't Let It Bring You Down
See The Sky About To Rain
Cinnamon Girl
I Am A Child
Down By The River
Flying On The Ground Is Wrong 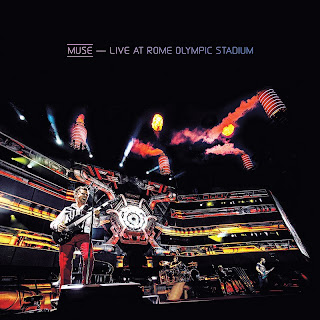 British rock band Muse are currently premiering the audio from their forthcoming live CD/DVD Live At Rome Olympic Stadium, recorded this past summer in front of 60,000 euphoric fans at Rome's Olympic Stadium. The package will be released by Warner Bros. Records on December 2nd on CD, DVD and Blu-Ray. To stream the audio in full a week prior to release, visit RollingStone.com.

The footage showcases the most extravagant set build and spectacular stage show of any Muse tour to date. The band take the audience on a mesmerizing journey using pyrotechnics, expansive digital screens, and a troop of actors to accompany their epic playlist of 20 tracks, mixed in incredible surround sound, including hits from their most recent studio album The 2nd Law, as well as classics such as "Uprising," "Supermassive Black Hole," "Time Is Running Out," "Starlight," and "Plug-In Baby." To pre-order Live In Rome on Amazon, click HERE.

"This is the biggest tour we've done in terms of scale and production value and it's definitely the show we're most proud of so we're really excited to be able to release it as the first ever ultra-high definition concert film," says Muse. "It captures an extraordinary amount of detail and not just everything we're doing - the fans, even those at the back, the set, the actors, and the incredible atmosphere on a very special night in Rome. We can promise our fans, whether they managed to come to the live shows or not, an entirely new Muse concert experience."

The track-listing for Live At Rome Olympic Stadium is as follows: 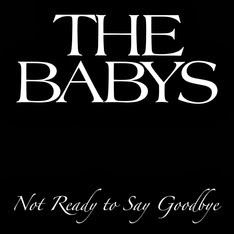 Isn't it time to reconnect with The Babys again?
New York, NY (November 25, 2013)—Turn on any classic rock radio station across America and you'll invariably hear their timeless music. Best known for the smash hits "Isn't It Time", "Every Time I Think of You", "Head First", and "Back on My Feet Again", '70s hard rock hit makers, The Babys have reformed after a thirty-three year absence from the music scene (and inked a new record deal with SkyRocket Entertainment, a division of Rocket Science Ventures.)
We've had numerous offers through the years for the Babys to reform," said Wally Stocker. "The whole premise of this band is to keep The Babys alive and have a good time doing it."
The 2013 lineup of The Babys features original members, lead guitarist Wally Stocker and drummer Tony Brock along with new recruits: lead vocalist/bassist John Bisaha and Joey Sykes on rhythm guitar. Of the new members, Brock raves: "John Bisaha is an incredible singer. When I was holding auditions, we had singers lined up around the block to join the band and John was better than anybody." Adds Stocker about his new six-string comrade in arms: "Joey Sykes adds a whole new dimension to the band and has a style that works well in tandem with me."
"Not Ready to Say Goodbye", the band's first new recording in over three decades, will be available exclusively on iTunes on November 26th. The track evokes the spirit of past Babys hits "Isn't It Time" and "Every Time I Think of You". "When releasing our first single we discussed that it had to have the flavor of what we were known for some thirty-odd years ago," observes Stocker.  Adds Brock: "It was just magical putting the new song together. By the time I finished putting brass and strings on it, I knew we had the goods." Concurrent with the single release, the band is presently shooting a new video for the track which will premiere the same day on the band's own YouTube channel.
Meanwhile, also on November 26th, The Babys will initiate a direct to fan pre-sale campaign for the new album via pledgemusic.com. Loyal followers of the band can pre-order the album and also become active participants following the progress of the new record in tandem with the group itself.
In November and December, The Babys will embark on a string of shows in Las Vegas, San Diego, Portland and Seattle. Currently hard at work penning new material, look for the first new Babys album in the first quarter of 2014 with an extensive slate of tour dates to follow.
Formed in London in 1974, The Babys were signed to Chrysalis Records on the basis of a four-song video, which predated the MTV video phenomenon by several years. Combining the muscular musical grit of Free/Humble Pie with a winning commercial sensibility, The Babys released five albums between 1977-1980 (The Babys, Broken Heart, Head First, Union Jacks and On the Edge) which yielded such hits as "Isn't it Time", "Every Time I Think of You,” "Head First", "Back on My Feet Again”, "Midnight Rendezvous" and "Turn and Walk Away". During that time, the group toured with the likes of Journey, Alice Cooper and Cheap Trick and built a loyal following based on their spectacular songs and explosive live performances. The group disbanded in December of 1980.
Now armed with a new single, forthcoming new album and accompanying national tour dates, The Babys are proving that they're not ready to say goodbye.