Any day I can announce new music from the original ASIA line-up (Steve Howe, Geoff Downes, Carl Palmer and John Wetton), as well as Duran Duran and Brian Hazard's wonderful Color Theory is a great one! Read on music friends... 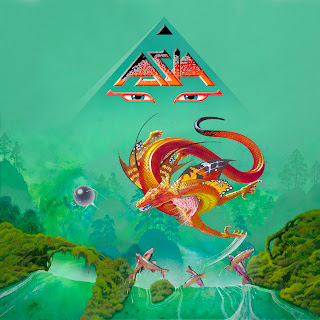 The first single taken from the highly anticipated new album is entitled "Face On The Bridge", released worldwide on May 14th. The videoclip for the new track can be seen below:

A Diamond In The Mind, featuring Duran Duran live in concert, set for release on DVD, Blu-ray and CD; recorded At Manchester’s MEN Arena 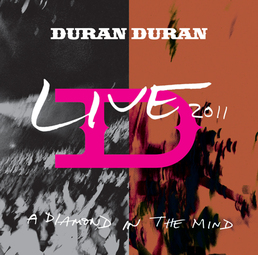 Following the phenomenal success of their recent All You Need Is Now UK arena tour, and the announcement that they will be representing England as one of the headliners at the BT London Live Opening Ceremony Concert in Hyde Park, to celebrate the London 2012 games, iconic British rock band, Duran Duran, are shortly set to release A Diamond In The Mind - a stunning recording of one of the band’s recent live concert performances on DVD, Blu-ray and CD.

Slated to hit stores on Tuesday, July 10, 2012, through Eagle Vision and Eagle Records, A Diamond In The Mind was filmed and recorded at Manchester’s MEN Arena in December of last year, where the band garnered some of the finest reviews of their career.


Shot in high definition by long-time Duran collaborator, director Gavin Elder, the recording of the show will be simultaneously released on multiple formats: standard DVD, Blu-ray, CD, and the triple-pack Deluxe Edition, containing all three formats (Blu-ray, DVD & CD – MSRP $TBA) in an 8 panel digipack with bonus features, and an expanded 20 page booklet, all inside a foil blocked slip-case. The DVD, Blu-Ray and Deluxe Edition releases also feature interviews with the band, alongside behind-the-scenes footage of the 2011 tour, and bonus tracks ”Come Undone” and “Is There Something I Should Know.”


The band’s first live release in almost a decade, A Diamond In The Mind bristles with classic hits alongside new tracks taken from their critically acclaimed album All You Need Is Now which was produced by Grammy award winner Mark Ronson and hit the #1 spot on Download Charts in 15 countries (including the UK).


Known for their epic productions, amazing visuals, ground-breaking stage sets and iconic style, this is only the second time in ten years that the band have recorded one of their concerts in glorious high definition sound and vision, giving fans a rare and unique opportunity to relive the experience.


Talking from Brazil, where the band are currently on the South American leg of their world tour, keyboardist, Nick Rhodes said “We wanted to create a dynamic, interactive show, combining new technology with edgy design. The brief for our lighting designer was 'Pixel Punk'. This manifested itself in the convergence of hi-tech screens with a powerful, asymmetrical lighting rig. The primary aim was to re-invent our songs visually and introduce material from the new album as a unique sensory experience. With this in mind, the screens were populated by science fiction, supermodels, anime, psychedelic patterns and graphic design. Four massive mechanical arms were programmed to swoop down over the stage, firing beams of light, like the aliens in War of the Worlds. And the audience was integrated with the show, as live cameras were turned on them, projecting their images behind the band. Hanging high above the stage, four giant heads presented another dimension to the production, as they came alive as band members, skulls, robots and a girl transforming into a leopard.


The show is a journey. It was already our movie, but the challenge loomed to translate this into a film that tells the same story for those who were not there on the night. In this case we used many cameras, to ensure no detail escaped. We deployed both slow motion, animation and various stylized film grades, which give the performance a dreamlike quality in places; but most of all, I think A Diamond in the Mind truly captures the widescreen energy and vibrancy of what really transpired that night, when Duran Duran played live in Manchester.”

Adding to this, lead singer Simon Le Bon said; “The 2011 UK tour was particularly significant for all of us on a number of levels. In the early part of the year, I lost my voice and we were forced to cancel several months of touring, including all of our British dates. It was a really difficult time for us as a band as we had a new album out that we were just breaking in and loving playing live. When I blew my voice out in Cannes, at the film festival in mid-May, we weren’t sure when we would be able to resume and the summer wait was long and full of anxiety – especially for me. The UK shows which were finally rescheduled for December, proved to be some of the best we’ve ever done – so the year that had been rather a roller-coaster, ended on a really high note.”


Duran Duran have become one of the most iconic British bands of the last three decades. Widely recognized as THE band that defined the MTV Video generation, Duran Duran single-handedly transformed music videos from a gimmicky marketing tool into one of the music industry’s most valued assets. Fusing pop music with art, fashion and technology, exotic locations, beautiful girls and stunning special effects, they took the visual imperatives of the New Romantic movement to another level.


Today with over 80 million records sold, 30 UK Top 30 hits and 18 American hit singles, they are an unstoppable force, with no fewer than six prestigious ‘Lifetime Achievement Awards’ under their belt in the last few years from MTV VMA’s, the BRITS’s, the IVOR NOVELLOS, Q Magazine, the Spanish Ondas, and GQ Magazine.

9) Man Who Stole A Leopard

Is There Something I Should Know?


Eagle Rock Entertainment is the largest producer and distributor of music programming for DVD, Blu-Ray, TV, Audio and Digital Media in the world. Eagle works directly alongside talent to produce top quality, High Definition and 3D programs, both concerts and documentaries, including The Rolling Stones, Pink Floyd, The Who, Queen, The Doors, Jeff Beck, U2, Peter Gabriel, Paul McCartney and Ozzy Osbourne. Eagle is a Grammy Award winning company and has received over 30 multi-platinum, over 50 platinum and over 90 gold discs, worldwide. Eagle Rock Entertainment has offices in London, New York, Toronto, Paris and Hamburg.

Here is the email I received this morning from Color Theory: 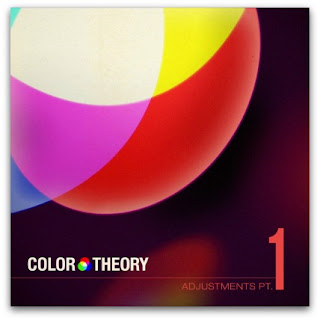 I'm proud to present my first collection of original material in nearly two years. Adjustments Pt. 1 contains five new songs and five remixes of those songs. I can't wait for you to hear it! Special thanks to Dave Pasciuto for the amazing original cover designs.

The 10-track EP will be released on June 12, but you can pre-order it now for $6.99. Better yet, pre-order all three Adjustments EPs to get them one week before their release dates, plus exclusive progress reports and demo snippets by email along the way.


Why should you pre-order?

3. Support. Buying direct from me helps me the most, and allows me to keep making music. Bandcamp takes 10%, versus 30% from iTunes and 100% (give or take a penny) from Spotify.

Hear the new songs and pre-order here. Thanks for being a fan!

Posted by Robert Kinsler at 7:43 AM

It's hard to imagine Simon Le Bon ever blowing out his voice, considering the impossibly high notes that seem to come effortlessly to him over the last 30 years.

Thanks for mentioning the new Color Theory!