This has already been a pretty big week for music news and the NAMM Show doesn't even arrive until this Thursday!

Documentary Feature by Director and
Friend of Hutchence’s, Richard Lowenstein,
Takes an In-Depth Look Into
The Fascinating Life And Tragic Death Of The Lead Singer of INXS 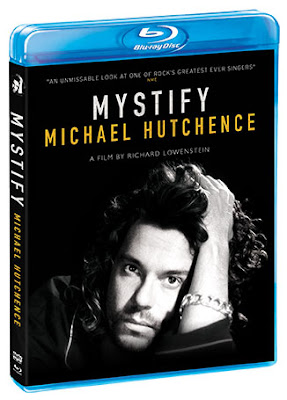 The fascinating new documentary Mystify Michael Hutchence comes to digital and on demand platforms on January 21, and to Blu-ray™ and DVD on March 31, 2020, available for preorder now from ShoutFactory.com and Amazon.com. The film takes an in-depth look into the life and tragic death of the lead singer of INXS. Extensive special features are included with the Blu-ray™ and DVD releases, providing over an hour of additional scenes not in the feature film.

Written and directed by Richard Lowenstein (Dogs in Space, Say a Little Prayer, and He Died With A Felafel In His Hand), who was a close friend of the artist, Mystify Michael Hutchence is a powerfully intimate and insightful portrait of the internationally renowned INXS frontman.

Deftly woven from an extraordinary archive of rich imagery, Michael’s private home movies and those of his lovers, friends, and family, the film delves beneath the public persona of the charismatic ‘Rock God’ and transports us through the looking glass to reveal a multifaceted, intensely sensitive and complex man. For an all too brief time, we revel in Michael’s Dionysian beauty and sensuality on stage and off. We listen to the range of his extraordinary voice and witness the charmed way he travels through life as he is propelled to world acclaim. But Michael struggled with the idea of success, the creative limits of pop stardom and how to express his integrity; a longing that shaped his life and music and gave birth to a desire to go far beyond the constraints of pop.

A violent event strikes Michael and changes his life forever, fracturing his sense of self and robbing him of his connection to life. Made vulnerable, he is unable to navigate the complex challenges he faces moving forward and he has little defense against the onslaught of tabloid press that descends upon his world. Amidst the encroaching darkness, Michael’s new-born daughter, Tiger, becomes his one bright light. 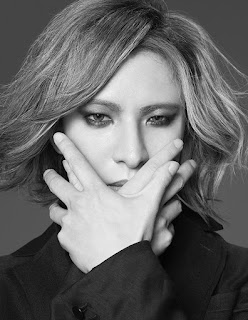 YOSHIKI – internationally renowned, composer, classically-trained pianist, rock drummer and leader of the rock group X JAPAN – has donated $100,000 -- $50,000 to the Australian Red Cross to aid victims of the Australian wildfires and $50,000 to the Rainforest Trust’s Conservation Action Fund – to two of the world’s most urgent environmental issues through his 501(c)(3) nonprofit organization Yoshiki Foundation America.
“Conservation and sustainability are two of my primary concerns,” said YOSHIKI. “No matter what country you are from, we are all one planet. This is an issue that concerns everyone, and I hope more people will join this cause.”
YOSHIKI attended the Golden Globes this year and was moved by the outpouring of support he saw at the event. In addition, his filmmaker friend James Gunn’s support inspired him to expand the Yoshiki Foundation’s mission to environmental causes. Yoshiki has been supporting disaster relief and music education for children over the years.
About Yoshiki Foundation America:
Through Yoshiki Foundation America, YOSHIKI has supported multiple humanitarian causes across the globe, and was named one of Forbes Asia’s 30 Heroes of Philanthropy in 2019.
In 2019, YOSHIKI donated $100,000 to Leonardo DiCaprio’s Earth Alliance to combat Amazon forest fires, 10 million yen to support victims and survivors of the Kyoto Animation Fire, $90,000 to disaster relief for forest fires in South Korea, 10 million yen to Japan’s Chiba prefecture which suffered a devastating blow from Typhoon Faxai, and 10 million yen to aid Typhoon Hagibis Victims in Eastern Japan, and $150,000 to the University of Miami’s Frost School of Music.
In 2018, YOSHIKI donated 10 million yen in 2018 for heavy rain disaster in western Japan and 10 million yen the same year to victims of the Eastern Iburi earthquake. In 2017, YOSHIKI donated $100,000 to disaster relief for Hurricane Harvey victims in Texas through the Recording Academy’s MusiCares® Foundation.
In 2016, YOSHIKI donated 10 million yen to the victims of the Kumamoto earthquakes. In 2015, his band X JAPAN donated 28 million yen to the earthquake reconstruction of Ishinomaki. In addition, YOSHIKI has also contributed to numerous other charities since creating his foundation in 2010.
YOSHIKI’s ongoing charity work includes supporting the Japanese Red Cross, the Make A Wish Foundation, the Grammy Foundation, and multiple other organizations including the Pablove Foundation which supports children with childhood cancer.
For more information, visit: https://www.yoshikifoundationamerica.org
YOSHIKI Official Website: https://www.yoshiki.net
About Rainforest Trust:
Since 1988, Rainforest Trust has been safeguarding imperiled tropical habitats and saving endangered species by establishing protected areas in partnership with local organizations and communities. Rainforest Trust is a nonprofit organization that relies upon the generous support of the public to successfully implement our important conservation action. Learn more about our work by visiting https://www.rainforesttrust.org.
About Australian Red Cross:
Relief in times of crisis, care when it's needed most and commitment when others turn away. Red Cross is there for people in need, no matter who you are, no matter where you live.
We help tens of millions of people around the world each year and care for local communities in Australia and Asia Pacific. https://www.redcross.org.au