Here is the offficial media release just out that confirms we will soon have a new album of material from acclaimed artist Bahamas. Listen to the breezy advance single "Own Alone" via the link below too...Robert Kinsler 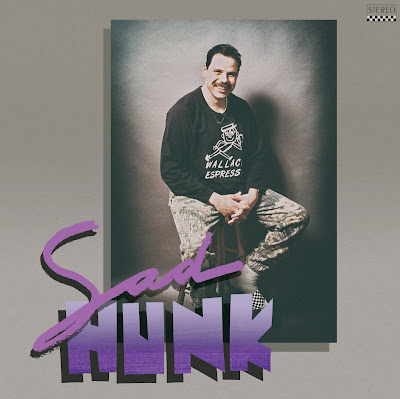 From his vocal phrasing to his songwriting to his masterful guitar work, Sad Hunk reflects a natural progression of Jurvanen’s artistry. “Trick To Happy” is a laid-back, soulful entry point, while the quirky, self-conscious “Not Cool Anymore” offers a tropical acoustic ambiance. “Done Did Me No Good” and “Up With The Jones” feature signature up-tempo Bahamas style and harmonies that legions of fans have come to love. Jurvanen’s vulnerability is on display in the touching “Less That Love”, and he opens up his heart on the tender and beautiful “Half Your Love”.

Sad Hunk is an album inspired by domestic life and embodies an undaunted self-awareness. The album title and artwork finds the Jurvanen’s self-deprecating humor out front as the result of a nickname given to him by his wife in reaction to an overdramatic photo shoot a while back that was out of character.

Bahamas has achieved success in North America and overseas through their exceptional live performances. Their streaming numbers range around three million per month consistently on Spotify and continue to grow. Bahamas biggest streaming track “Lost In The Light” has racked up almost 100 million plays, while “All The Time”, the lead single from their third album Bahamas Is Afie, recently passed 70 million.

Posted by Robert Kinsler at 8:03 AM